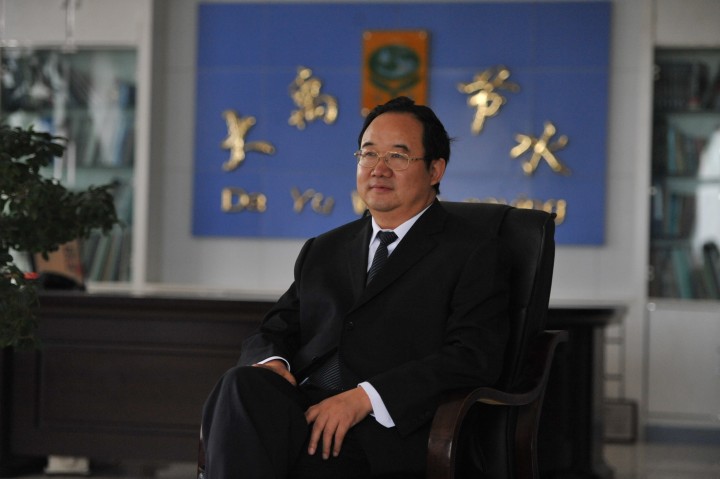 Mr. Wang Dong, the founder of Dayu Irrigation Group, is a member of the Communist Party of China. Born in an ordinary peasant family in Suzhou District, Jiuquan City in December 1964, he studied hard in a poor family and determined to contribute to the national water conservancy industry. Joined the work in July 1985. Joined the Communist Party of China in January 1991. He actively responded to the party's call and broke traditional ideas. In the 1990s, he took over small local companies that were on the verge of bankruptcy. For more than a decade, he worked hard to develop Dayu Irrigation Group into a domestic water-saving irrigation company. Leading enterprises in the industry. Unfortunately, Mr. Wang Dong passed away in Jiuquan in February 2017 due to a sudden heart attack, at the age of 53. He was a representative of the 18th National Congress of the Communist Party of China, a member of the 11th Executive Standing Committee of the All-China Federation of Industry and

Commerce, and an expert enjoying the special allowance of the State Council. As the first person, he won the second prize of National Science and Technology Progress Award and the first prize of Gansu Science and Technology Progress Award for his "Key Technology and Product Development and Application of Precision Drip Irrigation". He is a leading talent in Gansu Province. Although the length of the 53-year life is limited and short, the height of life built by Mr. Wang Dong with his life's efforts will eventually make generations of Dayu people admire the mountains. At the same time, the party and the government have never forgotten this outstanding communist. 2021 The Gansu Provincial Water Resources Department awarded Mr. Wang Dong the "Water Conservancy Contributors" award.