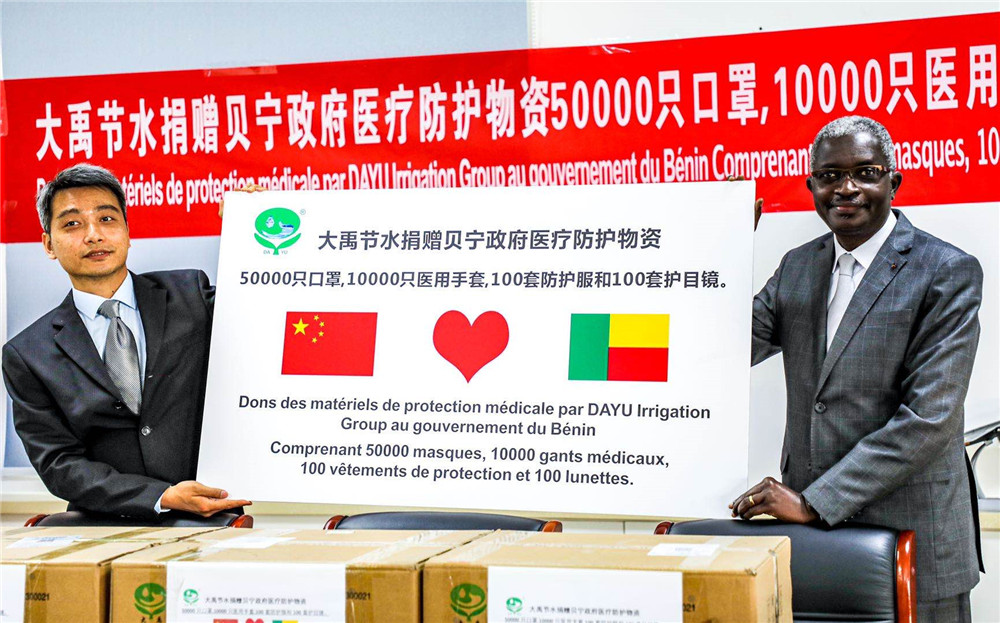 Disease and pestilence are merciless, but DAYU Irrigation Group is full of love. On April 24, 2020, the handover ceremony of DAYU Irrigation Group donating epidemic prevention materials to the Beninese government was held at the Embassy of the Republic of Benin in China. Chen Jing, vice president and Secretary of the board of directors of the group, together with Mr. Simon Pierre adovelander, ambassador plenipotentiary of Benin to China, and relevant personnel of the embassy attended the handover ceremony. DAYU Irrigation Group donated 50000 disposable medical masks, 10000 disposable medical gloves, 100 protective clothing and 100 goggles to the Beninese government. On behalf of the government and people of Benin, Ambassador Simon expressed sincere thanks to DAYU for its generous donation.

The two sides also exchanged views on the current situation of epidemic development, prevention and control, as well as DAYU’ s business in Benin. Ambassador Simon expressed his admiration for DAYU's outstanding performance in supporting China's anti epidemic campaign, and also expressed his gratitude to DAYU for its support to Benin's urban safe drinking water and agricultural irrigation projects. He hoped that the epidemic of pneumonia would end as soon as possible and promote the rapid development of cooperation.

At the invitation of Mr. Chen Jing, Mr. ambassador is willing to visit DAYU as soon as possible to learn more about DAYU, so as to introduce DAYU to all sessions of Benin in an all-round way and provide a better platform and greater opportunity for promoting bilateral cooperation. 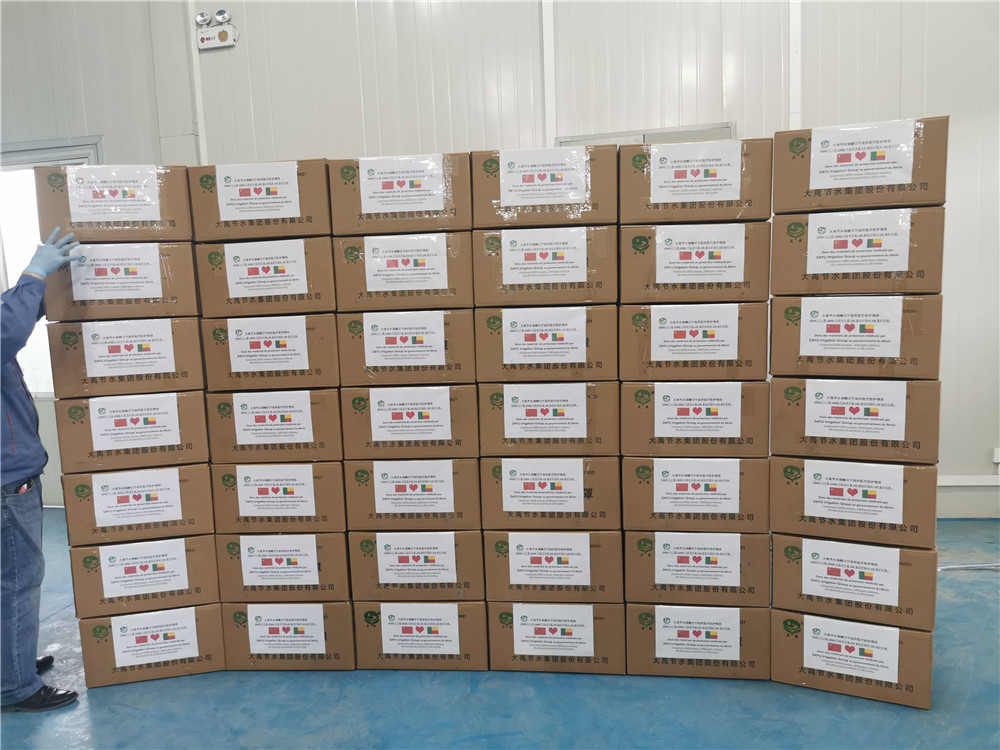